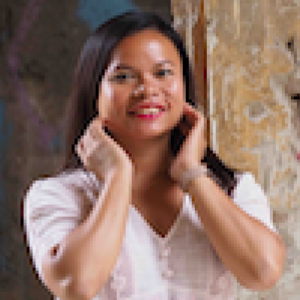 How To Have A Happy Marriage 2

It’s always good to compromise only when the other side understands your feelings. But, It’s not good to bend so much that you lose your existence.  -Anonymous

According to Psychologytoday.com:
Marriage is the process by which two people make their relationship public, official, and permanent.
Marriage is the joining of two people in a bond that we hope to be last until death. In real life, this is bond often cut short by separation or divorce.

In an ideal situation, Love should be the base of marriage. Marriage usually is lead by the desire of a couple who want to strengthen their relationship and love.

Read this post: What is love? For more about love and relationship.

One of the reasons for unhappy Marriage or marriages, which end with divorce, is that those two people have two different opinions about one same thing, and there is no good communication between the couple. It could be a small problem which occurs regularly or a big problem which is principal.

Those different opinions could be as simple as:
I want to spend this weekend in a spa center with him, then continue with a friendly, relaxing chat while staying in the sauna or mineral pool. He wants to do a 2-days hike & to camp somewhere.

Let’s say that you have no financial or other problems which influence you to a decision about different things for the situations below, what would you do?

What would you do in those situations?

Do you let everything your partner wants to happen, or do you want everything to happen according to your will?

I  find personally that none of those are the right decisions. Because one has to sacrifice so, the other can get what he wants. In this case, sacrifice is not something that should be a standard part of marriage.

We often let the decision to our partner because we don’t want another fight, or we want to make him/her happy/satisfied. In the example situations above, the standard should be compromised.

To compromise, you should first be able to communicate with each other and have an understanding.

Read this post: How to have a happy marriage for more about communicating & understanding.

First of all, when there are two different opinions about one thing, try to sit down with one another & talk about what is essential & why. We usually decided on four ways of compromising. Compromising doesn’t mean ‘meet in the middle.’

1. If the matter is crucial for you, but not for him/her, Then You can decide.

For example, You want to eat soup tonight & he/she likes to eat pizza, but for him/her, it’s ok to eat pizza another time.

2. If the matter is essential for him/her, but not for you, Then he can decide.

For example, there is an action movie that she/he has been waiting for for so long. He/she wants to watch it with you, but you want to watch a romantic comedy movie. You let him choose the film as the romantic one you can watch another time.

3. If the matter is vital for both of you, you have to try to meet in the middle.

Try not to make any decision right away, take your time to think the reasons (3-5) why you want to hold on to your opinion, sit together again & compare lists.

This list will make it clear of what is essential for both of you & why.

It’s important not to assume anything or believe that your way is the best.

Try then to find at least one or two criterion points on both of your lists.

For example, he/she wants to go to Brazil & you to Japan.

4. The last and most important is if the matter is significant for you & you both can’t tolerate it.

This case is almost the same as the second. You need to sit & talk a few rounds, take a break from time to time, & sit again.
The way we see things is continuously changed. Things which were relevant five years ago could become something unimportant & childish now. Evaluate both opinions, don’t take any decision before both agree.

I'm passionate about traveling & living abroad. I am Indonesian, living in Belgium and in Bulgaria.
See more »

Self-Care Guide: How To Deal with Emotional & Psychological Trauma

There are two possible ways to see the situation. The chosen path will lead you to another condition. Those accumulated situations, (in)significant, (un)controllable, will, in How To Get A University Degree In One Of The Top Universities In Europe?

Are you questioning how you can get a university degree in Europe? I want to share how I could study at one of the best

What Does This Mark 20*C+M+B+19 On The Front Door Of Many Houses In Germany Mean?

When you traveled to Germany, have you ever wondered what does the symbol 20*C+M+B+19 mean? We noticed the symbols written in chalk on the frame Winter is coming! It also means that the holiday is just around the corner. Have you made your holiday/ Christmas list of things to do? 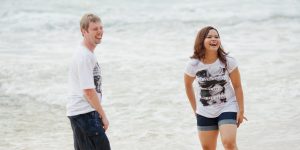 How To Have A Happy Marriage 2

It’s always good to compromise only when the other side understands your feelings. But, It’s not good to bend so much that you lose your Love has long been a topic from philosopher to scientist. There are many opinions out here about love and falling in love. The scientist has

One of a few short recommendations that Morgan Hou

My favorite things in one picture: 1. Spending my

Two nights were not enough for us to discover Dubr

If you ever come and stay at @iberostarslavija hot

Self-Care Guide: How To Deal with Emotional & Psychological Trauma

How To Get A University Degree In One Of The Top Universities In Europe?

What Does This Mark 20*C+M+B+19 On The Front Door Of Many Houses In Germany Mean?